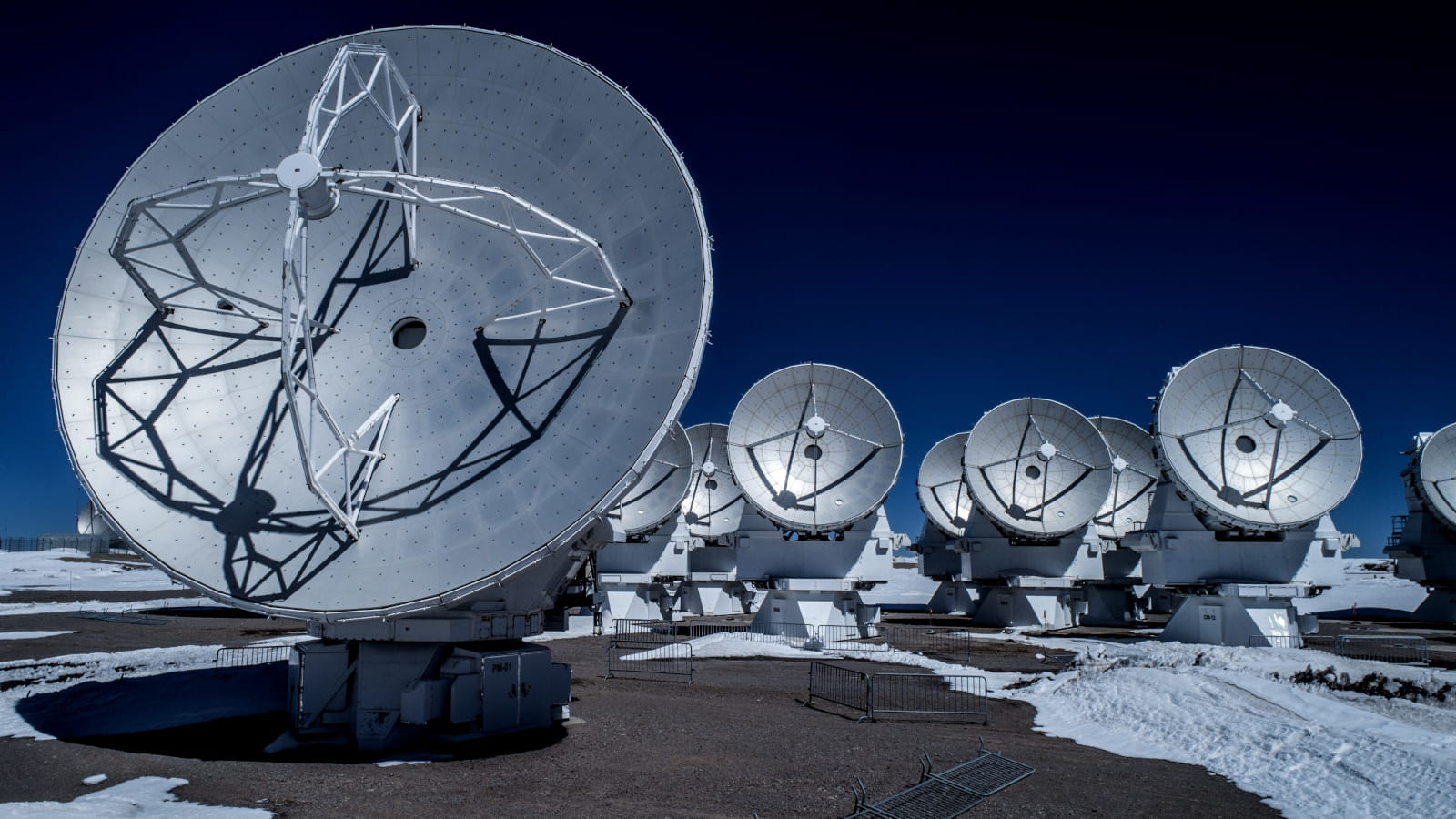 The Observatory’s email services are currently limited and IT specialists are working to restore the affected systems.

The organization updated the public on the security incident on Twitter yesterday, saying that at this time, given the nature of the episode, it is impossible to estimate a date for a return to normal. 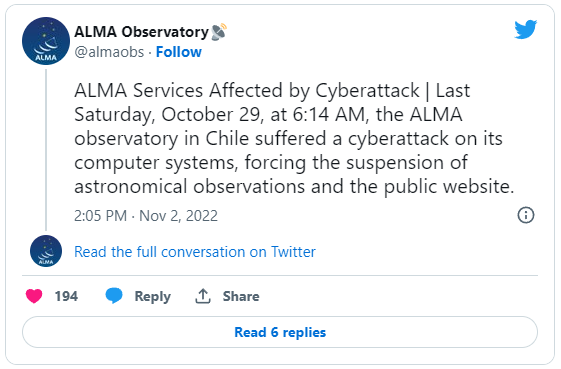 The observatory also clarified that the attack did not compromise ALMA’s antennas or any scientific data, indicating that there were no signs of unauthorized access or data exfiltration.

BleepingComputer contacted ALMA Observatory to try to learn more about the security incident, and a spokesperson shared the following comment:

“We cannot discuss the details further as an investigation is ongoing.

Our IT team was prepared for the situation and had the right infrastructure in place, although there was no flawless defense against hackers.

We are still working hard on fully resuming services. Thank you for your understanding.” – ALMA Observatory.

The ALMA observatory consists of 66 high-precision radio telescopes 12 m in diameter arranged in two arrays, located at an altitude of 5,000 m (16,400 ft) on the Chajnantor plateau.

The project cost $1.4 billion, making it the most expensive ground-based telescope in the world, and it was developed through a multinational effort involving the United States, Europe, Canada, Japan, South Korea, Taiwan and Chile.

Since 2013, when ALMA entered a normal operating state, it has contributed to pioneering studies on the formation of comets and planets, participated in the Event Horizon project to photograph a black hole for the first time from the story and detected the “phosphine” biomarker in the atmosphere of Venus.

The observatory is used by scientists from the National Science Foundation, the European Southern Observatory, the National Astronomical Observatory of Japan and other groups around the world, so any shutdown of its operations has an impact on several scientific teams and ongoing projects.

For now, users are advised to keep an eye out for status updates at ONRA website or the ALMA Observatory social media channels.

Observers can use this online portal to receive the support of the organization.